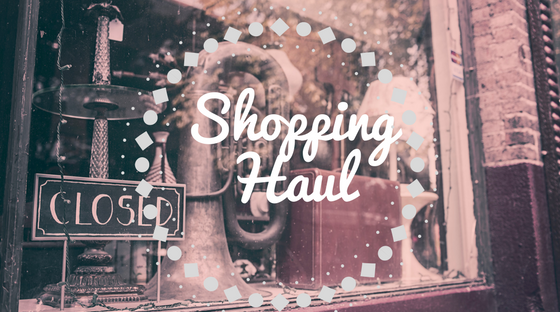 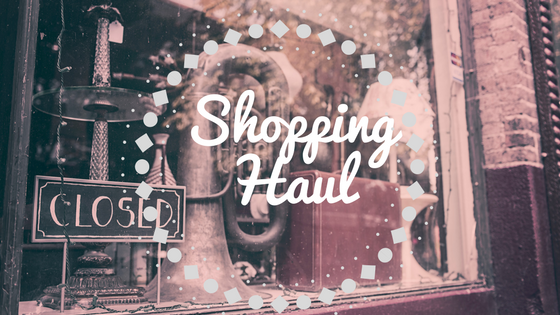 Hope all is going well.  It’s been raining here for days and days now. I miss the sun and the warm weather. Well it’s been fairly warm and humid still but the grey skies are definitely a bummer. There doesn’t seem like there is going to be many days this month where we will not have rain (unless it changes) and it is being predicted that unless something changes, we’ll end up being affected by Hurricane Jose (I think it is that one anyways).

However, onto happier things. I went out yesterday to pick up some water and a couple of food items to have on hand just in case the hurricane does hit it. While out I went to Dollarama in hopes of getting a broom. I found some nice ones at another Dollarama on Sunday when I went out with the boyfriend for him to buy some work shirts. However, I did not want to stand in line for just a boom and put it back. I figured I would be able to get it at my local one. No such luck.. I’ll end up getting it at some other point soon.

I did pick up a couple of household things that I normally get there. 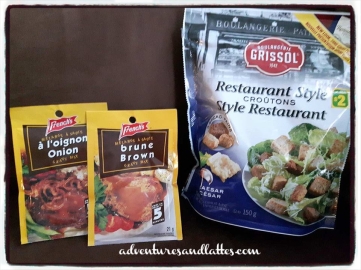 I got a couple powders gravy mixes and some croutons for salads. I also grabbed another pack of napkins. These are pretty thin but they work and the price is great. I found that we’re saving tons of money on paper towels since we started getting these!

And they’ve got most of their Halloween goodies out. I had to contain my excitement and not buy everything I thought was awesome. However, these two little cuties had to come home with me.

I just thought they were awesome. They are pretty flimsy but they were inexpensive.  I have a skeleton dog that we bought at Costco a few years back and it is one of my favorite decorations, so I figured I would add the birds. It kind of reminds me of some of the Biology labs back in University when we would have to identity bones and the eras the bones were from. Ahh.. the good ol’ days!

Well that is all I picked up yesterday. If you’re Canadian and you’ve posted some Dollarama hauls or know of any cool new items they have in store, leave me a comment! I’d love to hear from you!

View all posts by Missa